7 Proven Chlorella Benefits (#2 is Best)
Chlorophyll Benefits: The Plant Pigment that Heals + Detoxes Better than All Others – Dr. Axe
Never Too Late For Heart Health
Over 400 Companies Who Aren’t Using GMOs In Their Products
Healthy nuts and seeds you should eat every day

Are Your Being Told A Lie About Mainstream Medicine…

Do you ever question what doctors, nutritionists, institutions and even science tells you about your health, food, environment and lifestyle? You should, because we live in an era of deception and duplicity where the most trusted and valued sources of information are hijacked by much bigger interests than you can imagine.

The reason they’re failing us is because corrupt governments, corporations and the media are constantly feeding us lies on a daily basis, which through repetition, the public eventually accepts as truth. The internet is one of the last frontiers for truth, informing and educating billions on why our systems of health, agriculture, medicine and many other areas we depend on are failing us.

A lot of food that we eat today contains genetically modified ingredients and usually without our knowledge. Supporters of this technology maintain that it ensures and sustains food security around the world as the population increases. As well as scientific debates on the merits of genetically engineered food, there are equally, if not more important, debates on the socioeconomic ramifications of the way such science is marketed and used.

The dangers of GMO foods can no longer be denied.

Biotechnology companies erroneously claim that their manipulations are similar to natural genetic changes or traditional breeding techniques. However, the cross-species transfers being made, such as between fish and tomatoes, or between other unrelated species, would not happen in nature and create new toxins, diseases, and genetic weaknesses. When genetic engineers insert a new gene into any organism there are “position effects” which can lead to unpredictable changes in the pattern of gene expression and genetic function. The protein product of the inserted gene may carry out unexpected reactions and produce potentially toxic products. There is also serious concern about the dangers of using genetically engineered viruses as delivery vehicles (vectors) in the generation of transgenic plants and animals. This could destabilise the genome, and also possibly create new viruses, and thus dangerous new diseases.

Unlike chemical or nuclear contamination, genetic pollution is self-perpetuating. It can never be reversed or cleaned up; genetic mistakes will be passed on to all future generations of a species.

LIE #2. Electromagnetic Fields and Wireless Radiation Are Not Harmful to Humans

The danger of magnetic, electric, wireless, radio (microwave), ground current, and high frequency radiation is that it is mostly invisible until great damage is done – like the increased risk of some brain tumors in long term cell phone users.

Are Your Being Told A Lie About Mainstream Medicine…

Sensitivity to electromagnetic radiation is a very big health problem of our youngest generations. The media and medical community dismiss it, but it is imperative health practitioners, governments, schools and our entire society learn more about the risks because the human health stakes are significant.

A growing percentage of people are now heeding the advice of holistic health experts and disposing of their microwaves due to the dangers of microwaved food.

The effect of EMFs on biological tissue remains controversial. Virtually all scientists agree that more research is necessary to determine safe or dangerous levels. It’s like one big human experiment which we won’t know the results of for several decades. Now, with the increasing proliferation of wireless handheld and portable devices, it is literally impossible to escape EMFs in any major city.

What they do know is that iron, which is necessary for healthy blood and is stored in the brain, is highly affected by EMFs. The permeability of the cell membranes of nerves, blood vessels, skin and other organs is also affected, as well as the intricate DNA of the chromosomes. Every bodily biochemical process involves precisely choreographed movement of EMF sensitive atoms, molecules, and ions.

Not only do EMFs impact your own health and that of your children and pets, but also the Earth as a whole, as our overuse of electricity contributes greatly to pollution from READ MORE: http://wakeup-world.com/2016/02/28/the-top-15-lies-youre-being-told-about-health-and-mainstream-medicine/ 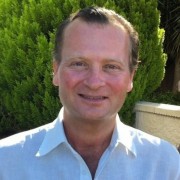 11 Superfoods You Should Know About | Real Simple

Transform Your Life With Superfoods

DailyOM – Release Yourself from Family Karma by Sara Wiseman

How To Reverse Obesity And Get Healthy Naturally…

How Organic Food Affects Your Body…

How Sugar Affects The Brain…

How To Stop Using Food As An Emotional Buffer…

Move Your Body To A Dance - 4 Easy Body weight Moves...

4 Dance-Inspired Bodyweight Moves You Can Do Anywhere Amy Schlinger | Greatest Fact: Burpees, push-ups, mountain climbers, and planks are all great bodyweight moves that can whip you into shape in no time. Another fact? Sometimes they get boring. Not all of us were born to love bootcamp-style workouts. And thanks to creative trainers like ...