7 Benefits of Quinoa: The Supergrain of the Future
Avocado Seed: Unsafe to Eat or the New Super-Seed?
Healthy, Easy Lunch on the Go!
11 Superfoods You Should Know About | Real Simple
Health Benefits of Sour Cherry 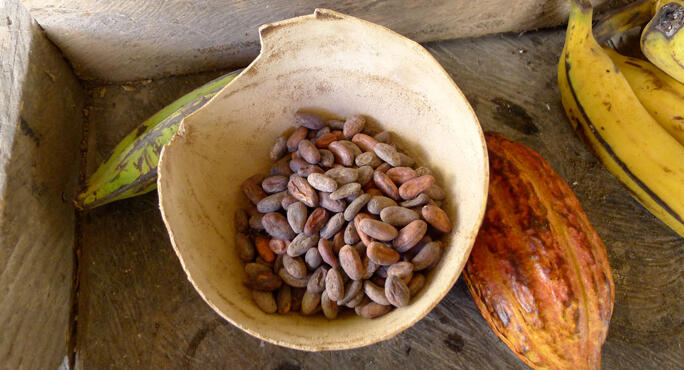 A Kuna woman prepares Cocoa the traditional way. For centuries, the Kuna Amerinds, an indigenous Indian tribe off the coast of Panama, have been drinking up to 40 cups of fresh cocoa per week and reap incredible health benefits.

Cocoa, one of nature’s many miracles, is in fact the great super-food that many people seek. Cocoa makes other so-called super-fruits pale in comparison. Cocoa is a titan of health benefits, the likes of which humanity has never known. It is the profound medicine that scientists and researchers toil to discover. If cocoa were a pharmaceutical drug, it would be hailed as the greatest medicine of all time, and its discoverer would reap the Nobel prize in Medicine. Cocoa is all of that. Cocoa is right out in the open, more protective than any other food, and more powerful than any medicine ever devised.

There is sweet irony in the fact that cocoa, once considered by some self-appointed health experts to be deleterious to health, has proven over time to be extraordinarily beneficial for health indeed. In fact, you could say that after water, cocoa is the healthiest known substance you can put into your body. If this statement seems to over-reach, consider that no other substance, of any kind, helps to prevent primary killer diseases as well as cocoa. In fact, if cocoa were consumed judiciously and regularly, it would prove the single greatest life-saving medication of all time.

But cocoa is a food, and this fact harks back to the proviso of Hippocrates, “Let food be thy medicine.” Not only is cocoa a food, but it is beloved around the world for its sumptuous flavor, and for the way it promotes a positive state of mind and mood. Can cocoa be the greatest medicinal food on earth? The answer is an unequivocal yes.

Over the past dozen of years or so, a steady stream of science has emerged, showing that cocoa and the confection made from it (chocolate) possess extraordinary life-imbuing and disease-fighting properties. Most notably, cocoa demonstrates significant benefits for the cardiovascular system, helping to reduce the risk of heart attack and stroke, reduce the risk of high blood pressure, and even reduce the risk of cancer. Furthermore, cocoa consumption is associated with reduced cognitive decline in old age.